“Nothing Great Ever Came That Easy” That plaque is on our wall at home, never have 6 words been more true since we bought “The Orange House” in 2003. 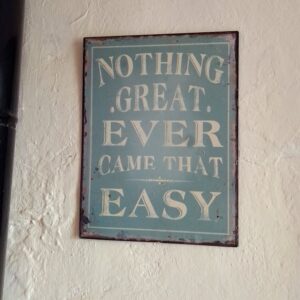 We found The House (already a B&B) as a mate told us about it, we had only decided to buy a small place the day before, of course we knew instantly that it would be perfect, certainly not the small 3 bed house we had in mind to have the “odd” guest!!

A shock when we found out it was 100,000 more than she told us, gulp! Guess we need a nice bank manager then and a mortgage!

We moved in in the April after paying a huge 125,000 deposit, my house was sold to the people renting it, but we had been allowed to move in whilst waiting for the deal to go through. A shock when the tenants pulled out, didn’t even tell us just ran away and took my cat (which was handed over in Carrafour car park to a friend) weirdos!!

We had to rush to my old bank to ask for a bridging loan, anyone that knows Spain knows NOTHING happens fast or easy or as you expect. Each morning the owner would drive down on his motorbike and ask the same question “have you got the rest of my money?” I actually think I used to have a beer for breakfast to get through the day! He was waiting to complete on a house in the States and he was a member of the local Bikers Club, can you feel my pain?  One good thing I guess is that he had introduced us to his bank manager, back then no proof of income needed either.

Eventually we made it and on the 7th of July 2003 we signed a mortgage for a whopping 280,000 over 20 years, and a rather strange plastic bag full of cash. A scary commitment with just under 2k a month to find, with no business plan this was a tad risky, but, what the heck we all thought!

Paying this amount has been doable most years and we always used to lay in bed at night and imagine the day that we had paid it off, roll on 2023, how cool will that be. We have been lucky that we had managed to buy the land, eco house land, with a payment plan, only over 18 months, houses in Bulgaria were so cheap we managed to buy cash. So that left just the mortgage on “the business”, so more like an expense.

Then, what came around the corner unseen or imaginable was Covid of course. The winter season 2020 was booked as the busiest yet, I was having sleepless nights worried about how I would fit everyone in. We had sold the houses in Bulgaria and we had decided to sell the motorhome as we wanted a new one! We had a nice idea to maybe buy a small place in The Picos for summer breaks!

Little did we know that all the savings, and house and vans sales would be spent on surviving and paying the few bills we still had even when empty! Luckily the Spanish Government had brought in what was called a “moritorio” if you could prove no income, well that was easy with an empty hostel.

So, when Santander sent me the document on the app I signed it and sent it back, phew how great, 3 months with no payments, March, April and May. Then from June only the interest, which as we had nearly paid off the whole amount was only 100 euros a month. A life line was thrown to us.

Hmmm or so we thought, as in the July I got an email saying why are you not paying your mortgage? Odd, so I made an appointment to go see the branch! Can you imagine what fun that was during lockdown, limited staff and no one cares at all! I had 3 months of up and down and more paperwork to fill in. Whatsapp talks, emails to head office and to the branch and finally in September I found out that they needed 3 signatures on the contract which of course you can’t do from an app.

I printed out the contract signed the 3 names that had been on the original mortgage and emailed it off. Now did I get a reply, even though I then emailed 3 times, no of course not! Nada!

My thinking was if we don’t hear from the branch then it must have worked, we carried on paying the 100 euros. Even that took hours standing outside and god help you, if you wanted to pay cash in after 10am.

Great news when in December we got another email and a contract which said we had the deal, what it also said was that the end date for the mortgage was 01. 01. 1900…. hmm I think we missed that deadline.

So fast forward to June 2021, friends I spoke to had started to pay their mortgages again as the 12 months was up, I thought well I haven’t had a letter so maybe our normal payments start again in December, 12 months from my contract date.

Then, in July I started to get these odd phones calls, the ones that when you answer it is a message saying “call this number” which of course you ignore. I tried to block the number and it kept calling daily! Stupid spam calls. Then I got a text message after ignoring the calls, I have no idea but as smart phones now give the name of the sender I was able to see “Aliseda”. I also spotted that I had been sent a text on the 28th May and again 28th June! Odd!

The message said “ Call Business Action Direct, its in your interest”  Who would call that number, really? BUT, I did think lets google Aliseda. That’s the moment my heart stopped when I read that they are the Estate Agent for Santander Bank! Gulp!! The first text was sent 2 days after the Spanish State of Alarm ended!

So I called the number, scarry as the women knew who I was from my mobile and asked for my passport number, which I gave now feeling quite sick. She proceeded to tell me that I had not paid my mortgage for 13 months. I started to explain the story but gave up and said I would go and see the bank manager on the Monday.

Of course I didn’t sleep, I had heard the most horrendous stories of banks in Spain taking houses back without the owners even knowing, was that about to happen to us! How on earth did we find out? Long weekend ahead!

Monday morning and I had printed every email, every contract, every whatsapp message and sat waiting. The girl was lovely but nothing she could do, head office had not processed the paperwork, I knew I had no way to argue I just sat in shock feeling completely deflated.

The court process was on hold, we had 30 days to pay the debt which was 20K and start to pay the full amount again from 1st September. All impossible as we had zero savings left and no bookings. The balance was 60k, so close!

I came home and sat and cried, had a massive hug from Rich and then set to work. No way was I letting this place go, even if it meant asking 60 friends to lend us 1k each lol. Luckily that wasn’t needed due to a family member who decided to “gift” us a massive chunk and an amazing friend, who we love so much, agreed to lend us the rest!

So, on Monday this week, with Dan my son we walked into the bank and paid off the mortgage, yes the whole amount, it took all of 10 mins stood at the cash desk and they gave us a small slip of paper to say “balance paid”! I was numb, Rich was in the UK, I wanted to cry but couldn’t really, this is epic, this is amazing, this should have happened in 2 years time, we should have had a count down! 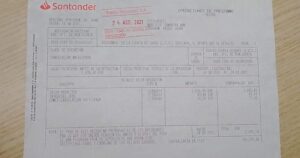 So, to everyone that might have worried if we would still be here after Covid, we can say very loudly, WE ARE STILL HERE FOR A LONG TIME TO COME!

Thank you for all the support and love that we have felt running this place, we can’t wait to see you ALL again… WELCOME BACK EVEYONE, YOU HAVE BEEN MISSED.